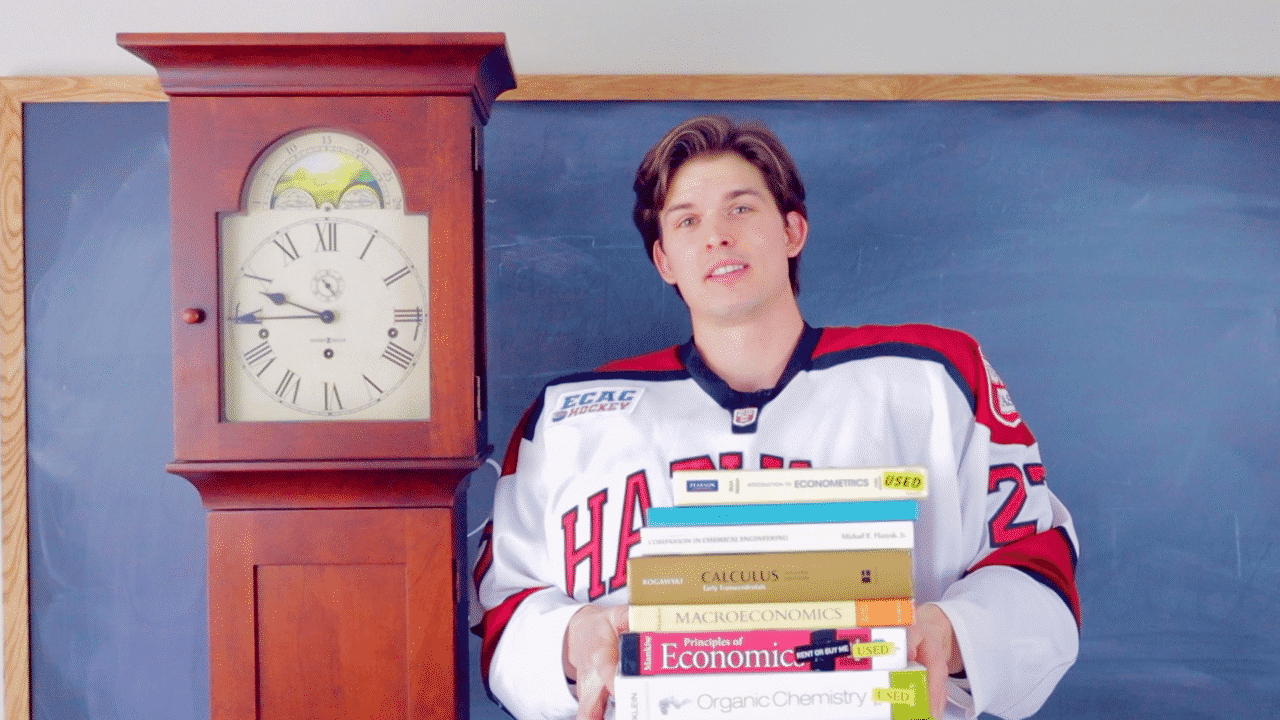 I had everything going for me. Then I lost it. My personal pains are the reason why I want to help you do well in school.

This is my story…

Ever since I was little, I have always been good at two things: playing hockey and getting good grades. And thanks to that, despite being from a small town in the Czech Republic, I received financial aid to attend Hotchkiss – a boarding school in Connecticut.

Hotchkiss changed my life and I loved every second of it but I knew that my parents would not be able to afford college tuition after my boarding school education was over, so I worked as hard as I could – in the classroom and on the ice – to achieve my dream of playing hockey for a US college.

I’m not sure what you know about boarding school life but Hotchkiss helped me strive for my goals because my life was structured. I had a consistent class and practice schedule, I would get detention if I missed class, I had to get my readings done for each lecture, I studied at the same time every day during “study hall,” and I couldn’t stay up all night watching youtube videos because the internet would shut off at 11pm. I had a routine enforced by the school and I thrived. 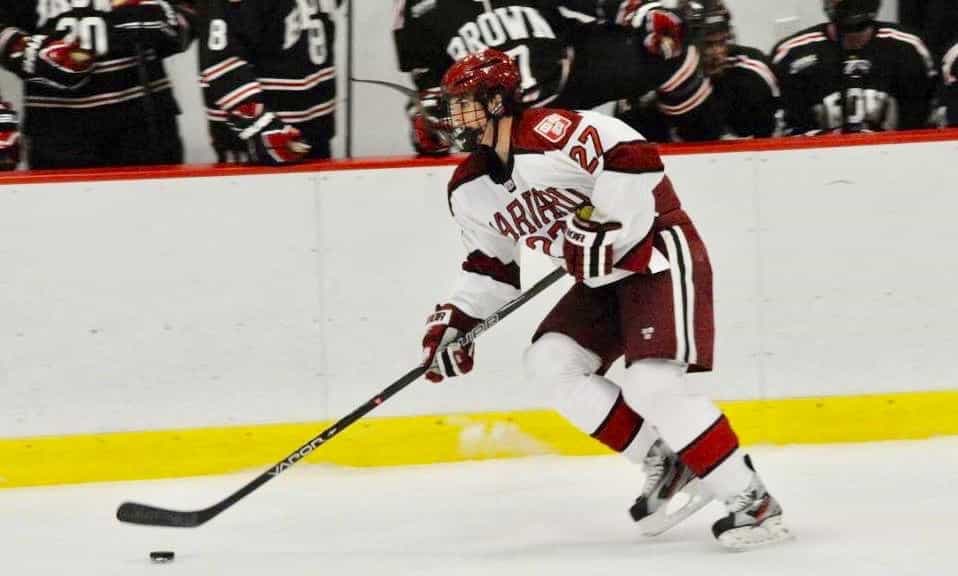 My efforts paid off during my senior year when I was accepted into Harvard with full financial aid and I was picked by the Philadelphia Flyers in the NHL draft. Life was good.

But this was the same year I began to struggle. I had a knee surgery, a high-ankle sprain, and I developed chronic back pain, all within a few months before I enrolled at Harvard.

My back pain lasted for two and a half years. Whatever I did, it felt as if I had a knife stuck in my back and that was the state in which I was supposed to play college hockey and focus on my studies.

I struggled from day one. To manage my pain, I had to spend a lot more time at the rink than healthy players, which exhausted me and I fell more and more behind on my school work.

I was losing control of the two things I was always good at: my spot on the team was in jeopardy, and I was put on probation for having bad grades.

I started feeling depressed. I was always tired – I would fall asleep after reading three pages every night. My college life became a constant struggle and I couldn’t pull myself together. Every time I started doing better, another injury would bring me back down (torn shoulder, another high-ankle sprain, hip problems… you name it, I had it).

However, I still believed that if I got my hockey career back on track, I would find the strength to focus on my studies and turn it around. So the summer before my junior year, I put everything I had – physically and mentally – into getting my back pain under control so that I could play some good hockey again.

And it worked! I returned as the strongest player on the team. I started to get my confidence back on the ice; I found it easier to concentrate on my school work; my back was feeling better; I was in a good relationship. Things were looking up.

And BOOM! I tore my wrist right before the season started. I was told that I’d need surgery and that the recovery would take five months – basically the duration of the entire hockey season. I also wouldn’t be able to use my hand to write and type for a few months. Great!

I stepped back and looked at my situation – two seasons of barely playing, now a full season of not playing at all. Behind on school work, bad grades, and no idea what I wanted to do with my life. So, I made the biggest decision of my life. I quit playing hockey and I didn’t get the wrist surgery so that I could finish the semester in school.

I thought that if I didn’t play hockey that I would have more time to focus on my studies and to figure out what I wanted to do. Wow, was I wrong!

Without hockey, I didn’t know who I was. I didn’t know what I wanted to do. My stress and depression from the previous two years kicked back in – now even harder. I had way more time on my hands, but I wasted it. The rest of my junior year was nothing I could be proud of.

As Jim said, I eventually started to figure out how to get things done, but it was a bit too late for me since I was already in my senior year. I got better grades, but the damage had been done during my first 3 years. Graduation rolled around, I had a bad GPA and no job.

I tasted the bitter reality of how hard it was to get a job after college.

I worked at a farm – cutting grass, chopping trees, and shoveling horse manure for 4 months – something I thought I’d never have to do with a Harvard degree.

Finally, I landed a job as an assistant project manager at a construction company building a skyscraper in NYC, and I felt that my stars had aligned and I started to piece my life together. After I paid my first month of rent and the security deposit, I only had $200 in my bank account, but I had a job and everything was gonna to be ok.

But same as before, what little control I had gained back, I lost completely. Within the span of one week, my 3-year long relationship crumbled, I lost my job, and my grandpa passed away. Paying $1,600/month for a tiny, cockroach-infested apartment, no job, no money, and alone in New York – I fell flat on my face. For two weeks, all I could do was sit on a couch and focus on not having a complete meltdown (which, I totally had).

As you can imagine, I needed to take a break after my “eventful week.” That’s when I went to see Jim, my mentor since high school. We started talking about my experience and about how he’s helping students get better grades.

I learned a lot at my first job in New York. The skyscraper we were building was logistically one of the most complicated projects in New York’s history and the project managers were the best of the best. I realized how important it was to have a good plan to be able to execute tasks every day.

Jim and I started exchanging ideas, not only about how we could help struggling students like myself but also good students who wanted to do even better. That’s when the idea for a highly accurate study planner (Shovel) was born, and that’s when I made it my mission to always help one more student to avoid my mistakes so that they would not have to go through the same struggles I did.

If you’ve read this far, you understand that our mission is very personal to me.

Everything on this site is designed to help you succeed in college so check it out. Mainly the Study tips section. And then just grab your Shovel study planner and dig into that pile of homework.

Chat with me in the bottom right corner of any page. I’m here to help.

To read about the awesome guy who wants nothing more than to help you succeed in school, read Jim’s story.